The Ombudsman found severe maladministration for Hackney’s substantial delays in dealing with damp, mould and leaks at a resident’s home. 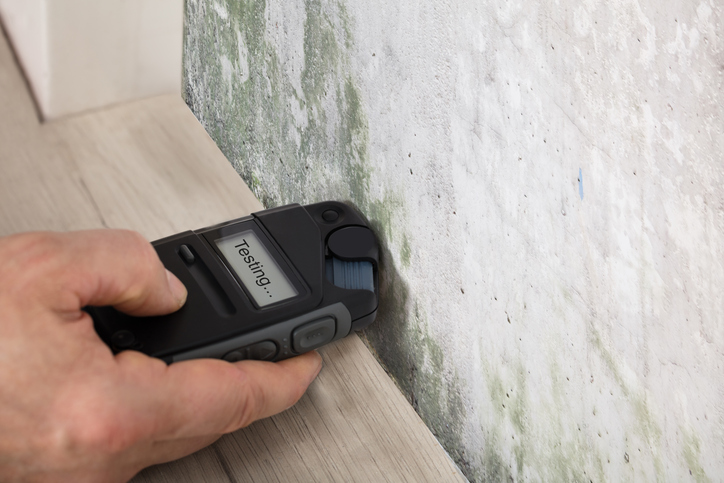 We found severe maladministration for the London borough of Hackney’s substantial delays in dealing with damp, mould and leaks at a resident’s home. The delays contributed to further deterioration of the issues and had health and safety implications due to the significant amounts of mould affecting the front room, kitchen, hallway and bathroom of the property.

The resident said she had been waiting for the issues to be addressed for more than two years and wished to be decanted. She said the situation had had a detrimental impact on her health and some of her belongings had been damaged by the leaks and mould. In its response to the resident’s stage two complaint, the landlord upheld the complaint and offered £60 compensation. She was not satisfied and referred her complaint to the Ombudsman.

Our investigation found that the landlord did not respond to the resident’s reports of the issues in accordance with its own timescales for repairs as set out in its repairs policy. It did not keep the resident updated, explain delays or manage expectations in any way. It did not urgently decant the resident as had been advised.

We also found maladministration for the landlord’s failings in thoroughly investigating the resident’s complaint and extensive delays in providing a response at stage two of the complaint process. The compensation offer of £60 was disproportionately low and not representative of the serious failures in resolving the issues and its complaint handling.

Although the landlord had experienced a cyber-attack and lost records as a result, our investigation found that it did not make all reasonable efforts to look at other sources such as emails or to interview staff. It was unfair to disadvantage the resident because of the lost data.

The Ombudsman recognises the landlord’s learning from this case and welcomes its actions including its new repairs charter.

Richard Blakeway, Housing Ombudsman, said: “In this case, the delay in attending the property, carrying out inspections, investigations and ultimately works to resolve the issues was unacceptable and inappropriate. The landlord missed opportunities to investigate what had gone wrong and to put things right accordingly.

“We accept there were failures made while dealing with this case and that the service we provided fell well below that we expect to provide our residents. We are sorry for the distress this has caused the resident.

“We had been working, unsuccessfully, with the resident to gain access to their home to undertake the necessary works – including offering a temporary home whilst we carried out the repairs. Unfortunately, this prolonged the time taken to carry out the work. The resident has since been moved into a new, permanent home.

“In 2020, the Council was the victim of a criminal cyberattack which resulted, at the time, in the loss of all our ICT systems and processes. This impacted on our ability to retrieve our housing management and repairs data as well as historic records, and sadly impeded our ability to investigate the resident’s complaint.

“The issues outlined in the report were further complicated by the impact of the Covid pandemic, during which we were only able to provide an urgent and emergency repair service.

“A new repairs charter is being developed to provide residents with a clear picture of the standard we are setting ourselves and what they should expect from the service in the future.

“We are disappointed with the finding, but we recognise our failings and we are continually taking steps to enhance the service we provide to residents including improving how we communicate the outcomes of any inspections our surveyors undertake. We will use the findings of this investigation to improve our processes to prevent issues like this occurring in the future.”