The Housing Ombudsman has appointed Adam Sampson as its first Independent Reviewer of Service Complaints. 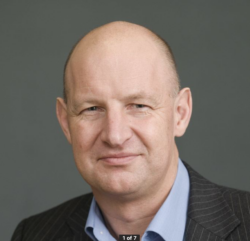 The Housing Ombudsman has appointed Adam Sampson as its first Independent Reviewer of Service Complaints. He will support the Ombudsman in learning from complaints about our service to continually improve our performance.

Adam brings a wealth of knowledge and understanding to the new role having been CEO of Shelter for seven years as well as experience within the Ombudsman sector. He set up both the Prisons Ombudsman and the Legal Ombudsman, where he was Chief Legal Ombudsman.

We reported a strong performance in our 2019-20 Annual Report and Accounts, including reaching the six-month target on determinations for the first time. We have also delivered much greater transparency during 2020-21 with the publication of both landlord performance data and our decisions.

Adam said: “I am delighted to be joining the Housing Ombudsman as its first Independent Reviewer of Service Complaints. Having spent seven years running Shelter, I am passionate about ensuring that people get the service from housing providers that they deserve. And having run Ombudsman services, I know all too well how important it is for Ombudsman schemes to treat complainants and providers with fairness, tact and efficiency. I know that Richard and his team are committed to doing just that and I’m really excited about helping them in any way I can.”

Richard Blakeway, Housing Ombudsman, said: “I am absolutely delighted Adam is joining as our first Independent Reviewer of Service Complaints. His rich experience as both an Ombudsman and of housing will bring tremendous value to the role. As an Ombudsman, we focus on quality and service and it is important we model the service we expect in others. Learning from our complaints is something we continuously do. Adam’s independent, rigorous and transparent approach will support us with that.”

The role is a three-year fixed term appointment,10 days per year. The Independent Reviewer will not consider the outcome of determinations or other decisions made on individual cases.