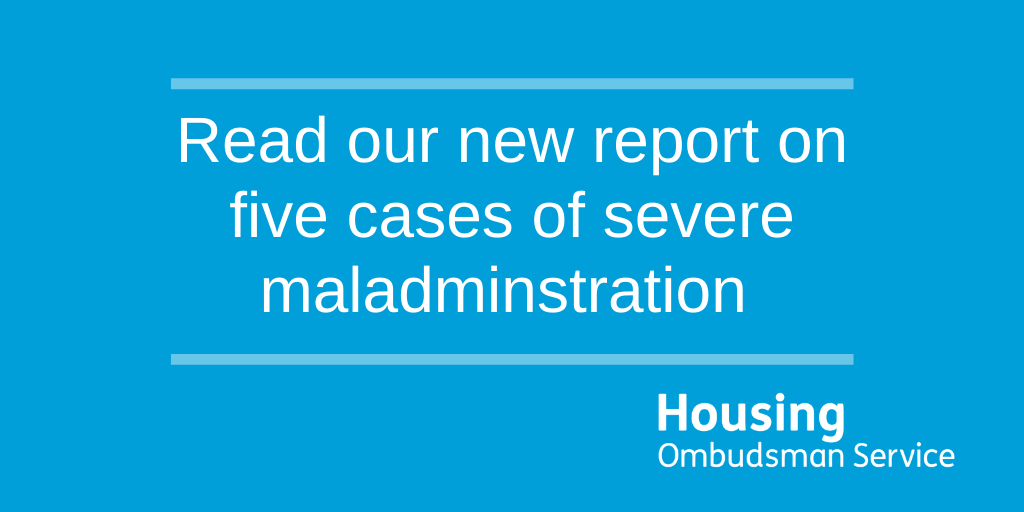 We have today issued a report on complaints where severe maladministration was found in 2019-20 as a further step towards increasing our transparency. In all cases the landlords concerned have been named.

Decisions on five cases are featured in the report, highlighting the case background, our assessment and findings, plus the orders to put things right for residents.

Two cases involve lengthy delays by the London Boroughs of Camden and Newham in dealing with repairs so residents were left in poor living conditions over long periods of time. A group of 29 residents living in supporting housing provided by Together Housing Association were not consulted as required by regulatory standards about support services being withdrawn.

Failures by Cottsway Housing led a resident to believe for 15 years that she had preserved right to buy when she did not. Hyde Housing failed to respond to enquiries first by a resident and then by the Ombudsman over more than a year.

Richard Blakeway, Housing Ombudsman, said: “This report is focused on the few but most serious failings where we investigate and make a finding of severe maladministration. Issues with complaint handling featured in all of the cases together with poor record keeping in several. I have been encouraged by the response from landlords in wanting to put things right and hope that by publishing these cases, the learning is shared more widely across the sector to help improve services and benefit residents.”

The report is part of our ongoing process to increase transparency by publishing more data and information about cases investigated and the findings. From now on, cases with a finding of severe maladministration will be highlighted on an ongoing basis through the year. We will also notify the Regulator of Social Housing, under the revised memorandum of understanding adopted with the new Housing Ombudsman Scheme.

We are also planning to publish reports on complaints data about individual landlords shortly, followed by the regular publication of casework decisions next year.