The Housing Ombudsman has published a special report concerning non-compliance with one of its orders issued to Metropolitan Thames Valley Housing. 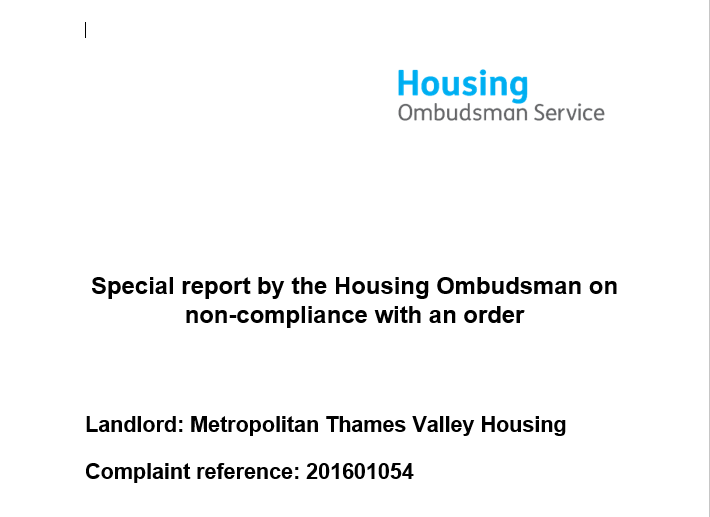 The Housing Ombudsman has published a special report concerning non-compliance with one of its orders issued to Metropolitan Thames Valley Housing.

Some elements of the works remained outstanding six months after the timeframe specified by the Ombudsman with no date provided to residents on when these would be started.

Interim Housing Ombudsman Andrea Keenoy said: “It is important that residents have confidence in our service so, in those rare situations where a landlord does not comply with our orders, we must make sure they are held accountable for that non-compliance. Following a meeting with Metropolitan, I am pleased to report that they responded positively by providing confirmation that the works were underway and carrying out a wider review to learn from the outcomes.

“Overall, we have high levels of compliance with our orders. We will continue to monitor the situation with Metropolitan to ensure that progress is made and the works are completed to schedule.”

Information on the Ombudsman’s power to issue orders is set out in the Housing Ombudsman Scheme. This governs how the service works and the expectations on its member landlords. When the Housing Ombudsman makes an order, it will specify a time frame for compliance which is generally within three months. The landlord is asked to provide evidence to show that it has complied, unless it has already been provided by the resident. In 2017-18, 99% of orders were implemented within three months and 100% within six months.